Without a doubt, featuring casinos or gambling in a music video adds to the liveliness and refinement to the overall appearance of the video. Since gambling is legal in almost all locations globally, there is no harm in showing people what it represents. Essentially, watching the rush and adrenaline pumping through the veins of gamblers at a casino can excite viewers causing them to love the video. Nowadays, many music videos use this strategy to win viewers over. Most of these videos are also shot in Las Vegas, the home of casinos and gambling. 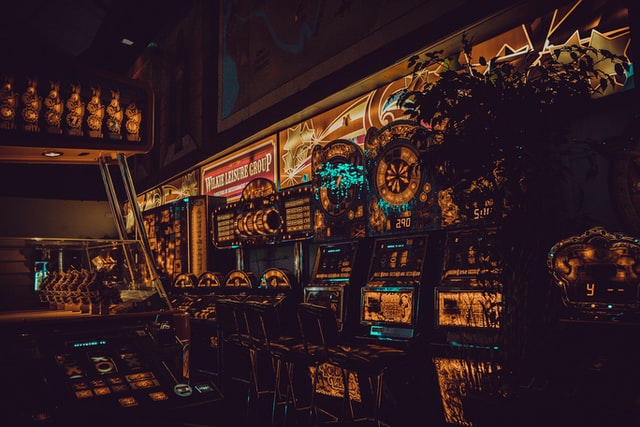 The music video of 24K Magic by Bruno Mars was shot in Las Vegas, Nevada. It was directed by Mars and Cameron Duddy and released on the 7th of October, 2016. The video is loaded with opulence and the luxuries of life. It starts with Bruno Mar's spectacular private jet landing at a certain airport in Las Vegas. There are many fancy cars all around the place and this sets the luxurious undertone of this video. Thereafter, Mars is seen with his friends in the MGM Grand Hotel enjoying some cool time by the pool. He then heads down to the casino alongside his friends with a glass of champagne in hand and they enjoyed some time on the casino games. In the end, Bruno Mars is seen riding a jet ski in the popular Bellagio water fountain.

I Still Haven't Found What I Am Looking for by U2

I Still Haven't Found What I Was Looking For is a song by Irish rock band U2. This is another music video that features gambling. The film was made during the band's tour across America and specifically in Las Vegas in 1987. The band shot it after playing a concert in Vegas. The video shows all of the band members walking along Fremont Street in Vegas past the bright neon lights of casinos available in the area. They walked singing a song with a gospel influence. The video was so successful that Pat Christensen, the president of Las Vegas events, said the perception of Vegas changed just with this video.

Shot at the Night by The Killers

Shot at the Night by The Killers was directed by Roboshobo and released on September 26, 2013. The video begins with a maid at a glitzy Vegas hotel telling a somewhat Cinderella-esque story. The story shows us how she accidentally meets her prince in one of the hotel rooms and is engaged in a whirlwind of captivating romance, experiencing life outside the hotel.

This video is well designed as it shows you the type of condition the maid goes through on a daily basis before her prince charming shows up and rescues her. The storyline aligns well with the song's theme of proving to everyone that we all deserve so much more in life. Overall, the video was very uplifting. The Shot at the Night video features some Vegas landmarks like The Cosmopolitan, Caesars, Treasure Island, Luxor, Downtown Vegas and The Stratosphere.

Waking Up in Vegas by Katy Perry

Waking Up in Vegas is a song from the early days of Perry's career. The video was directed by Joseph Kahn, a famous director who has previously worked with Taylor Swift. It begins with a slot machine lever which Katy Perry and her partner pull and win a jackpot. It then jumps to what happened the night before where the couple was enjoying a series of winning streaks. The wins led to another series of extravagant spending along the strip. A notable highlight of the video was a scene where Katy Perry is seen rolling down the strip in a luxurious car. The storyline aligns well with the fact that luck shifts in all casinos, sometimes it may be for the better, sometimes it could be for worse.

Lady Gaga's 2009 hit, Poker Face is about luck, love and lust. The music video was directed by Ray Kay and Anthony Mandler. It was shot at an opulent mansion on Bwin PokerIsland. The video starts with Lady Gaga coming out from a pool in the villa wearing a black latex swimsuit and a masquerade mask with two Great Danes by her side. She then throws the mask aside and the song begins. Other scenes in this video feature Gaga singing in a mansion and dancing beside the pool with her dancers, she also goes to a wild party where everybody tries their luck on a casino strip poker game.